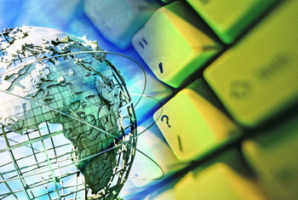 Employers globally struggle to find workers with the right skills

Argentina suffers from the most severe talent shortage in the Americas region at 52%. In Brazil 34% of employers reported difficulty. Mexico faces the biggest increase in hiring difficulty, jumping to 50% from 40% in 2016. Brazil, Colombia and Argentina have experienced the greatest improvement in talent shortages since 2016. Skilled trade workers remained the hardest role to fill in the US — cited by 14% of respondents — followed by sales representatives and drivers at 6% and 5% respectively. Large US firms reported the most difficulty filling roles: 58% reported hiring challenges due in large part to lack of applicants. Twenty-six percent said a lack of applicants is their biggest challenge; 14% report lack of hard skills and 7% report lack of soft skills are key reasons they struggle to fill jobs.

Most of the jobs with growing demand are mid-skilled roles that require training, yet not always a four-year college degree, such as electricians, welders and mechanics. More than half of the companies surveyed are investing in learning platforms and development tools to build their talent pipeline, up 7% from 2016. And 19% of employers are also changing their existing work models, including offering flexible work arrangements.
More than one-third of those surveyed said they are being more flexible about the education or experience requirements for the role, while 24% are using different types of workers including temporary or contingent — from freelancers to independent contractors.

“We continue to see increasing demand for skilled workers across all sectors of the US economy from transport and trade to manufacturing and sales,” said Becky Frankiewicz, president of ManpowerGroup North America. “Employers cannot find the people they need with the right blend of technical skills and human strengths and the problem won’t fix itself.”  Frankiewicz noted the need for a “new approach” is to attract, recruit and retain talent. “Employers need to buy skills where necessary, borrow from external sources and help people with adjacent skills bridge from one role to another,” she said. “Above all, we need to be builders of talent, rather than consumers of work to create a workforce with the skills companies and individuals need to thrive today and tomorrow.”

Around the globe, the top 10 hardest jobs to fill are: