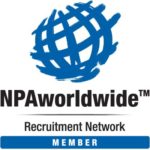 As the third quarter winds down, here are some global recruitment news headlines to start your week. Labor and skills shortages around the world are contributing to a variety of workforce changes from increased salaries to more freelancers to overall difficulty in hiring and retention. Skilled recruiters will be needed as employers are finding it increasingly difficult to find, hire, and retain the talent needed for their critical openings.

US Manufacturing Index Improves in August

The Institute of Supply Management has released its August Report on Business. The US economy continues its lengthy growth streak, with growth now reported for 112 consecutive months. The manufacturing index rose by more than three percentage points from July, to a reading of 63.1. New orders were up and demand remains strong. There are continued pressures related to shortages in both labor and materials. Sixteen of 18 manufacturing industries reported growth, but tariff concerns are high and contributing to uncertainty.

Executive salaries in France increased by nearly three percent in the first half of this year, compared to a year ago. This is the largest increase in six years. Certain segments have risen more than eight percent, including web marketing project manager (9.5%) and construction engineer (8.5%). Executive compensation has been rising for eight consecutive years. The talent shortage is a major contributor to the increased wages.

In global recruitment news from Asia, IT companies in India are increasingly relying on freelancers to cover the skills shortages in artificial intelligence (AI), blockchain and cybersecurity. The availability of full-time professionals in these fields remains scarce. Currently in India, freelancers in IT represent only 6% of the workforce. Nearly half of workers, especially recent graduates, would like more flexible working arrangements that are often associated with independent contractors.

Top US Cities for Jobs and Growth

With unemployment levels in the US at the lowest levels since prior to the global financial crisis, it’s no surprise that there are many hot spots for jobs and growth. It’s also not surprising that four of the top six cities are in California – San Jose, San Francisco, San Diego, and Los Angeles. With housing costs continuing to skyrocket, employers are feeling the squeeze as recruiting and retaining talent becomes more difficult.

International Staffing Consultants, Inc. has been a member of NPA since 1986 to partner with more than 400 offices around the globe to staff jobs in the USA and overseas!

All Current Openings or…

Or Choose Jobs by Industry and Discipline

We just created a new section for the increasing number of opportunities for people who are willing to work remotely!

Be sure to click “Create Alert” to get new ones as they  develop!