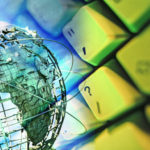 Staffing Industry Analysts is reporting that the US Chamber of Commerce, the National Association of Manufacturers, the National Retail Federation, and others are suing the Department of Homeland Security and the State Department over President Donald Trump’s recent executive order regarding H-1B and other visas.

Cultural exchange company Intrax Inc. and Technet, a national network of technology leaders, are also named as plaintiffs. The lawsuit was filed in federal court in San Francisco on Tuesday against the US Department of Homeland Security and the US State Department.

It argues President Donald Trump exceeded his authority on June 22 when he suspended the entry into the US of certain foreign workers through 2020. The executive order applies to H-1B visas, H-2B visas, H-4 visas, L-1 visas and certain J-1 visas.

“The proclamation is unlawful: It exceeds the statutory and constitutional authority of the executive, and thus the federal departments and officials involved may not lawfully implement or enforce it,” the lawsuit states.

The order “takes a sledgehammer to the statutes Congress enacted with respect to high-skilled and temporary worker immigration,” according to the plaintiffs. “While the president’s powers under Section 212(f) are broad, they do not authorize the president to nullify duly enacted statutory provisions.”

“Our lawsuit seeks to overturn these sweeping and unlawful immigration restrictions that are an unequivocal ‘not welcome’ sign to the engineers, executives, IT experts, doctors, nurses, and other critical workers who help drive the American economy,” Chamber CEO Thomas Donohue said in a statement. “Left in place, these restrictions will push investment abroad, inhibit economic growth and reduce job creation.”

This information is intended to be general and should not be relied upon for any specific situation. For legal advice, consult an attorney experienced in immigration law. We recommend The Law Offices of John R. Alcorn in Southern California and Alcorn Immigration Law in Northern California and both firms work with major firms located throughout the US and overseas.  To see our visa related job openings go to our website.