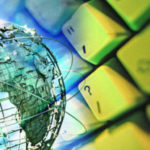 Who doesn’t love a good paycheck? Some places in the world love them so much, businesses are supposed to give their employees an extra one every year.

In some countries, certain types of payments are required by employment law or are customary in addition to base salaries. When it comes to these extra payments, it can be a fine line between noncompliance and cultural faux pas. And you guessed it—13 month pay falls into this category.

So, what is 13 month pay, and why does it matter to multinational companies?

We’ll give you a hint: It’s not exactly a bonus.

It’s a type of compensation required in some countries. Like a bonus, it’s an extra paycheck, but figuring out when and how to distribute these payments to employees varies by country.

Let’s look at how it all works.

What does 13th month salary mean?

A 13th month salary—also known as 13 month pay—is an extra paycheck that is typically equal to one month’s salary. It is paid in addition to your employee’s annual salary.

This tradition started in the Philippines in the 1970s and has since spread to other countries. The 13th month’s salary goes by different names depending on the country, but the principle is the same.

Whether it is called 13 month pay, Christmas pay or holiday pay, global employers may be required to make these payments to employees at designated times throughout the calendar year (often paid in July or paid in December).

And properly making these payments is a matter of compliance. It becomes a pretty big sticking point as companies grow into new territories around the globe. You’ll want to stay on top of these bonuses to stay out of legal hot water.

Is it required or expected to pay a 13th month salary?

Language varies from one country to the next. When it comes to compensating employees, there are three types of pay:

Some countries formally mandate 13 month pay and provide non-negotiable instructions for how to calculate and pay them out. These mandates are enforceable by legal action.

But even when a country doesn’t have a law on the books mandating a 13th month salary practice, that doesn’t exempt the employer from participating. There are many countries around the world where this practice is customary (e.g., expected), and opting out can really hurt your chances of attracting the right talent.

Take, for example, employer-sponsored healthcare programs in the United States. While there is no law mandating it, it is customary for employers to provide affordable and adequate health insurance coverage to full-time employees by subsidizing payments on a group plan.

This is a thorny question (thanks to all the different terms and details). There are a few dozen different countries on different continents that require or strongly encourage a 13 month pay schedule.

In Europe, there are three countries that mandate 13 month pay, including:

And there are eight more countries where 13 month pay is customary:

Five additional European countries may mandate 13 month pay by industry as part of a collective agreement. These countries include:

For example, in Greece, employees receive the most generous compensation allowances that include both a 13 month and 14 month salary, as well as a holiday bonus. Greek employees receive extra paychecks at Christmas, Easter and in the summer.

While many developing countries have provisions for this type of payment, there are currently no mandates for 13 month pay in the United States or Canada.

Private employers in the U.S. and Canada may provide a year-end or Christmas bonus at their discretion. However, there are no requirements for this compensation either. Mexico mandates a 13 month bonus to be paid by December 20th.

The details on Latin and South America

This practice is also common in Chile, but unlike the list above, it is not federally mandated. This means that employers can choose to opt out. However, doing so would be viewed unfavorably by local employees.

The requirements still vary widely by country, even though the practice is more widely recognized throughout Latin and South America. For example, in Panama the installments are split into three payments on April 15th, August 15th and December 15th.

In Asia, only three countries mandate the practice of 13 month pay, including:

There are an additional 10 countries where the practice is customary:

This practice actually started in Asia and is widely adopted in many countries. Some, like Indonesia, refer to it as a religious bonus and time the payment with the Christmas holiday.

The practice is a little less common in Africa with only 3 countries mandating or encouraging the practice of a 13 month salary:

How is 13 month pay calculated?

The most common method is to take the annual base salary divided by 12 months to determine the amount paid per month. That amount is then paid one extra time per calendar year to account for the 13 month pay requirement.

In some countries like Italy and Brazil, the employee’s annual base salary is divided by 13 (rather than 12), with the extra installment paid out on a predetermined date. In other cases, the formula for calculating 13 month pay gets a little more complicated.

Let’s take Argentina, for example, where the 13 month pay is mandated to be paid biannually in June and December. Each bonus is paid at a rate of 50% of the employee’s highest monthly salary in the preceding six months.

And when it comes to paying taxes, different rules may apply to bonuses like 13 month pay. In almost all cases, this pay is taxed, but often at a lower rate than regular income.

Among the countries who have adopted 13 month pay, it is not considered a bonus. Bonuses are typically tied to the performance of either the individual or the company.

What is 13 months pay if it is not a bonus? Thirteenth month pay is a deferred installment of a contracted salary. It is a customary element of compensating rank-and-file employees who receive a set salary.

However, there is a long list of employees who may not be included in 13 month pay requirements. This list includes anyone who isn’t paid a traditional salary, like freelancers. Since this is something that varies from one country to another, you will need to check with the local government for the country where you will pay these bonuses for complete compliance information.

Positions that may be exempt include:

For many of these positions, individuals are paid on a per task basis rather than a set salary. For example, a personal nurse or assistant might only be paid when they are needed for work with no formal employment contract. In countries where the practice is customary, this usually means these types of employees forego claims to a 13 month salary.

In the Philippines, however, too many employers were skirting the requirement on technicalities. The government issued a new labor advisory in October 2020 declaring that all rank-and-file employees, regardless of position or employment status, are eligible for 13 month pay without exception.

When is 13 month pay given?

Everybody knows that the calendar has 12 months, so when is the right time to pay out these thirteenth installments?

If you operate in multiple countries around the world, it’s time to get familiar with the practice of 13 month pay.

Whether it’s mandated or more of a tradition, you don’t want to miss the boat when it comes to properly compensating your employees (imagine missing your own Christmas bonus!). Not only do you need to know which countries employ the practice of 13 month pay. You also need to familiarize yourself with all the details on implementing it across countries.

Oh, and the 13 month pay is just one of the many nuances that come along with paying employees in different countries around the globe.